It's Fine If It Hurts

#itsfineifithurts
It was my first time to meet him,I was 5 years old, he asked me do you know who I am ? I answered yes, you are Uncle! . And then he slapped me in the face ,I just flew into the middle of the room and lay down on the floor ! With my eyes open wide fearfully from his voice ,he said im your father you stupid girl ? Me and my sisters and brother lived with him since then ,our life was any thing but a normal life a kid can have , he prevented us to visit our mother or even see her,I still remember her voice crying on the phone every time she called us !. All I can remember of him is when he used to beat my sister’s head over and over into the wall till the blood run down her face ,and when he used to beat my brother till his bones brook in his body!
When he died I couldn’t shed one single tear! On the contrary I felt so good.The fact that my father didn’t love us was always festering inside of us ,me !. It manifested itself in many ways throughout my life as I struggled with a food obsession, low self-esteem, social anxiety, and depression.My confidence in my own abilities and value as a human being was destroyed. He left an indelible mark on my psyche as i grow into adulthood. The absence of a father can very easily destroyed a daughter’s life completely ,can trap her in a negative repetitive pattern she can’t easily break out of.
Its really true when they said : Alots of fathers break their own daughter’s heart before any other man do ! .
Story by L.Y Dubai.
#fatherhood #unwoman #IWD18 #daughter #dignityispriceless #bold #womenoffaith #men #strength #superherogirls #fuckpatriotism #patriotism #fatherfigure #amnesty #amnestyuk #humanrights #metoo

It was a calm afternoon summer’s day ,the sun set was almost over , the brown orange color was strongly dominating the atmosphere .i was standing in my jeans and white shirt in the middle of the street crying ,I remembered that day very well .My mum was sick in the hospital and I didn’t have money to pay her bill,I needed 20$ ,that was a big amount back then.i was 19 years old. I did not know what to do,I went out and started walking till I got tired and stopped. Suddenly a car stopped by me and one guy asked me why are you crying? and I told him with tears in my eyes: I need 20$?
He told me ok I will give it to you just come with me? But I didn’t hear anything as i was blind by my tears, then he asked me again what do you want? I said I need 20$! he said OK I will give you 20$ just come with me ! . And I didn’t even think I just got in the car and I went with him and he gave me 20$ and gave me even extra. I went back to the hospital I paid the bill and that was my first time I get laied for money!.
Only the first few times will be hard ,later you will be numbed!.
The next time I needed money, I only stood in the street doing nothing saying nothing another car stopped and I went with him and took money again! .
I became a slave to the streets,I felt my body no longer belongs to me. It belongs to those who pay to make me theirs.
Men for me was the same, different only in chape. Some had unfulfilled appetite for sick sex, love, romance .others were driven by chauvinistic motives, such as a desire to slavery and domination or even beating women and ohh how I hated this!.
I couldn’t take this life anymore, I said enough is enough no more abusing and run away from everything, i left the country for good.
Now here I am ,having a new life ! New beginning which I thought before in every night I used to close up the door after leaving any man it would be impossible.
Story by F.H Uzbekistan

#itsfineifithurts
It’s all true stories from women all around the world ,talking about their feelings in a very brave manner .
Your cry out for help will be your first step of healing when you face any kind of emotional or physical abuse .

Its not easy ,it hurts, but will be fine 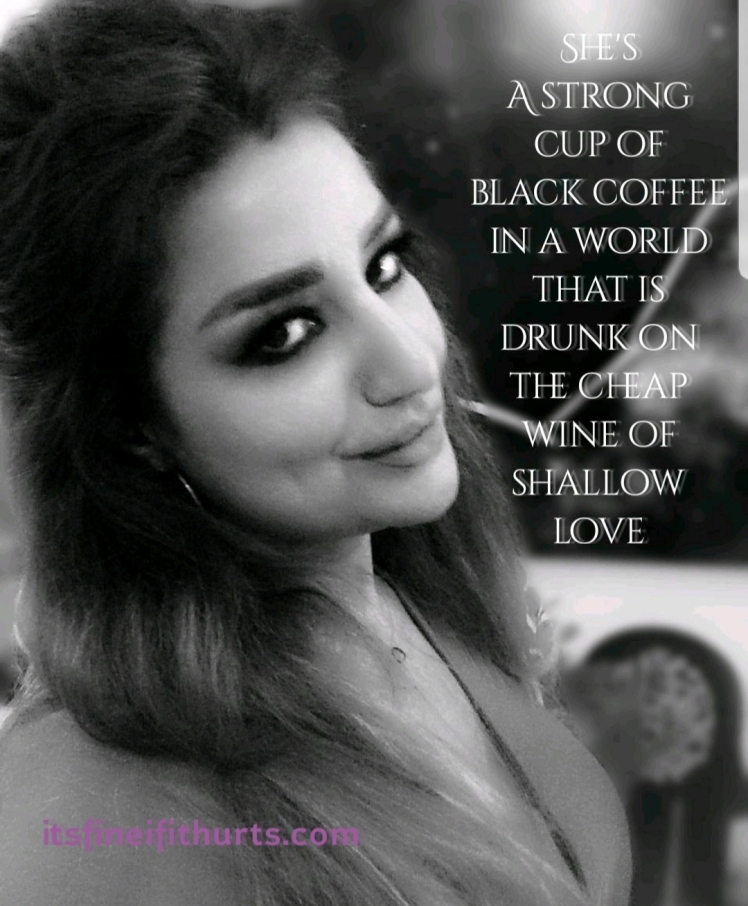 #itsfineifithurts
If I look back at my life ,I cant find a lots of happy moments ? And If there is ones I still remember it should be short as sadness will offer combination Immediately.
In my chiledhood I remember how I used to be happy with the smallest things ,I guess that is the measurement, why I’m complaining now lool .
I remember how my mum used to struggle to provide almost what we need , when we used to go with her to the market ,she used to say : don’t look at the banana, we cant afford it ,look at the other side .
Me and my sister used to play with the stuffed dolles ,a Barbie doll was a dream for us? But all was fine i guess till i start to grow older ,I hated it to be frank , growing old is really a trap ?
What I can recall is the pain from the countinous disappointment in ourlives over and over , disappointment from getting a job and providing a means of living to my family without having to lay down for sex , from losing friends and lover and being outcast with a scarlet letter from my society ! And of course from losing my dreams one after one till i became numbed for happiness I think.
I’m 38 years old now and I can’t find one complete single happy moment in my whole life . How miserable I am .
Story by F.G Dubai 🇵🇸
Creat your own happiness , refuse to be society’s lables ,logos or tages ,and its true it’s always in the small things !.
It hurts , it’s not easy , but it will be fine
itsfineifithurts.com
#IWD18 #pressforprogress #happiness #mylife #amnestyuk #amnesty #humanrights #unwoman #women #superherogirls #childhood #scarletletter #society #fucksociety #strongwoman #womenoffaith 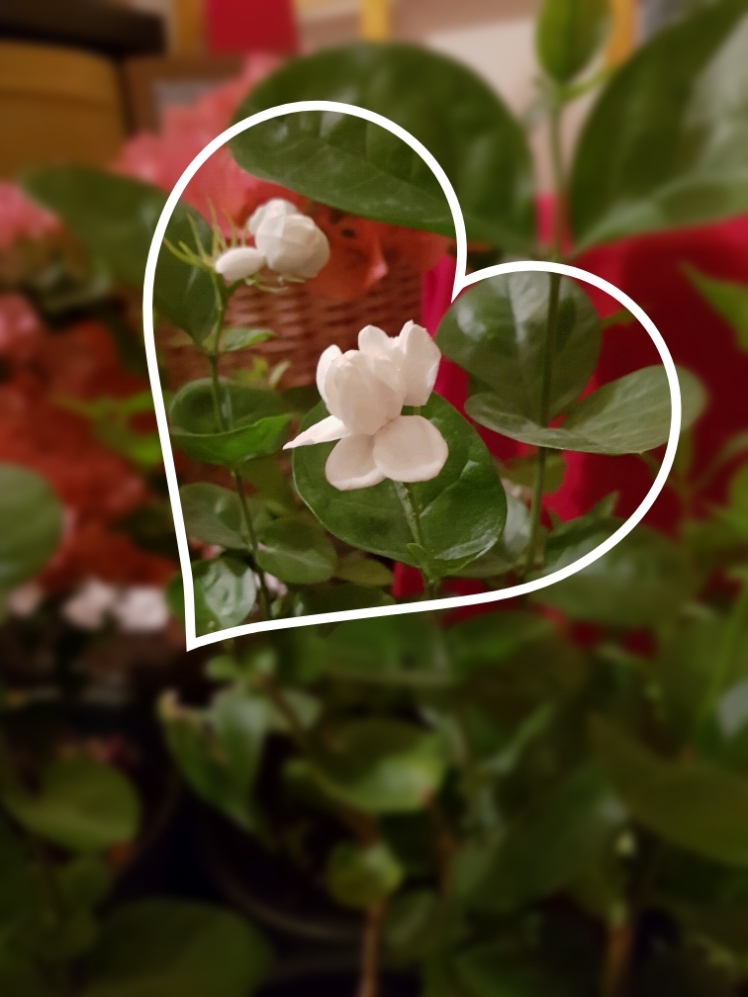 He was very educated man , a man with a charismatic character who always knew how to debate. He is that charming person whom you can’t say no.
He knew me as educated and beautiful woman who knows how to debate as well ! But more over he recognised me as the woman of bruises! bruises which I used to have everyday out of my mum’s favorit habit ,she used to beat me/us up unconsciously every time she get angry ! And she was angry all the time “I didn’t know actually why “? maybe it was her way to express her emotion, or maybe her way to express her frustration from her whole life! ? Maybe it was her way to push us out from her life? …….
Anyway I used to came to the university With this colors, red ,blue ,green….. he used to be very angry from that habit ,He told me : if you marry me I will never lay a hand on you ever ! And that was a tempting proposal indeed !.
And that’s what happened , i married him because I really wanted to escape that house . I cannot wait till she will eventually kill me or my sister’s one day !
I remember it was my wedding day, usually we girls friends will gather in the bride house and started to calibrate, dance ,laugh and of course talk about this stupid kind of Girish talks , they were talking about the first night ! How it will be amazing, how i will feel too much love and too much romance blah blah blah blah . I was really excited because at the end I was also a girl who had dreamt to be loved once in her life……
I remember that night very well!. We entered the room he took off my clothes and then he was on the top of me ,i was still dry , and without even trying to kiss me or even touch me for one time I felt so much pain tearing me inside , he finished he turned around and slept ! It was typically the traditional sexual relation in our area, the traditional relationship between male and femail ? This is what he knew , this is what he inherited from his ancestors and this is what he will be ,and this is what mylife will be ……..
And it is !. And that’s what it was.
I was lying next to him with a lots of anger in my eyes, gazing at the stupid fan in the ceiling, this kind of annoying fan we used to have in this small villages, I remember it was one of those hot summer nights .I figure out mylife rolling above me exactly like the rolling of that annoying fan. And i kept asking myself : is this the right thing what I’m doing? is this the real life? is this the life which i was dreaming of? Is this the life which I run to? Many questions marks till i faint out .
And I slept that night, and I wokeup pregnant, then I slept ,then wokeup after months with a babe in my arms! .
By the way it’s another kind of a typical tradition ways ,that we will get pregnant so fast so we will open our eyes and we will find this small creature who will complicate everything in our lives more and more !
As i was angry ,kept looking at her day after day, i thought how unfair what is happening to me to her ! How unfair to let her have the same miserable life which I’m having !
Or how I should give her the best life ,I should be the best Mum ever ,but I ain’t the best mum, I don’t know how I will be ?
And then you will start to forget yourself and you will try to understand all the delama of your life . And that’s Only becauce Of This small creature.
They used to say : mankind will never foresee his life ! Well , I think this is not for our kind ! Our parents will knew what kind of life we will have from the moment they give birth to us. And no matter how hard we try to change it , it will never changed !
It will be like a doomed spell keep chasing us over and over life after life Grandma to mother ,mother to daughter , generation to generation and so on and on……
R.K Syria 🇸🇾

#itsfineifithurts
She said:the most important thing is that a woman should always feel wanted , should be strong and confidant no matter whats going on in her life, or no matter in any situation she will end up to.
I am a single hard working mum ,I have a little beautiful boy , I never want or had the choice of ended being single with a child !
I have to take care of my little boy ,i have to be strong. I should teach him how to be a man and how to respect a woman .
Men has no control over us unless we want to .men has no voice over an independent strong women.
I want to enjoy life, I have a lots of thing to give And to do .
J from Kenya 🇰🇪
How strong and confident she was ,from the look of her eyes you can see her strength , I wish you all the best in your life J you are an inspiration not to the Kenyans women ,but to all women around the world .
#IWD18 #kenyanwomen #strengh #inspiration #IWD #unwoman #respect #singlemom #kenya #timeisNow #beyou #womenoffaith #amnesty 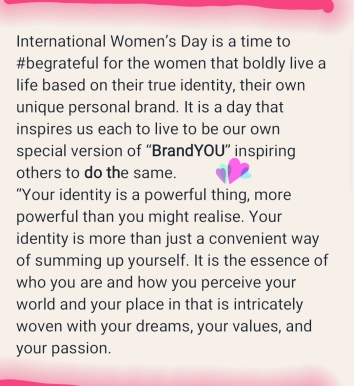 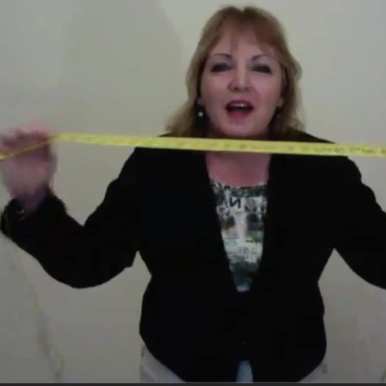